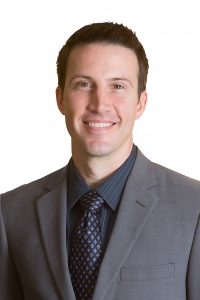 Dan Podesto began his work in financing with a trial by fire. Directly after obtaining his Bachelor of Arts degree in Political Science at Cal Poly in 2001, he was hired into the mortgage industry by Cameron Financial Group. After working his way to Secondary Marketing Manager, he moved on to Kay-Co Investments in June of 2006, where he managed the Loan Settlement Department, the Servicing Department, and all loan sales to investors.

When the housing bubble burst, Dan teamed with co-owner Jason Grote to create Central Coast Lending. Having seen the problems with the mortgage industry, their model sought to clean up the business with a client-friendly approach. Today, Central Coast Lending prides itself on offering fair prices, efficient service, and knowledge-based advice to the client, and skilled efficiency in collaboration with other finance professionals. With offices in San Luis Obispo, Morro Bay, Paso Robles and Arroyo Grande, Central Coast Lending wants to strengthen its roots in our unique central coast community to offer the best possible service.

After seeing the dark side of finance, Dan and Jason created something new. According to Dan, “We developed this philosophy that ‘this is wrong.’ There were brokers that clearly did not understand the loan programs they were selling, or they were making windfall profits off of buyers that clearly didn’t know any better. So we decided, what if we explained every loan option, offered sound advice, and charged fair prices? Our philosophy is to know what we are selling, sell at a fair price, and do what we say we are going to do. We want to do the right thing for people, and we think that if you do the right thing for somebody, we will catch on. It’s kind of like the Field of Dreams… if we do it the right way, they will come.”