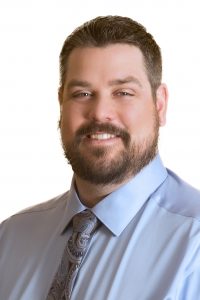 Jason’s mortgage career began shortly after graduating from Cal Poly in 2003 with a degree in City and Regional Planning. Jason is highly organized, efficient, and a logical thinker, qualities which afforded him opportunities to rise quickly to senior ranks in mortgage underwriting and operations. He started in the mortgage business as a Junior Underwriter and was quickly promoted to Underwriting Team Leader for a local mortgage bank. He went on to become Branch Operations Manager for a large national lender, overseeing all aspects of their San Luis Obispo County branches.

Jason saw the unsustainable (and often unscrupulous) business practices in the mortgage industry, which prompted him to obtain his CA Bureau of Real Estate Broker’s License. In 2008, he teamed with Daniel Podesto to build a retail mortgage company with ethical sales practices and a highly efficient operation. The result is Central Coast Lending. Jason believes that every homeowner and homebuyer attempting to procure a mortgage deserve professional guidance and education to successfully navigate the complex application process. Befitting of the Central Coast lifestyle, Jason’s short term goals are simple: serve the community with honesty and integrity and foster a business that protects their customers’ real estate and financial interests.

When he’s not working, you might find Jason coaching a little league team, a youth soccer team, or raising money to send kids with Muscular Dystrophy to summer camp. He’s an active member of the Chamber of Commerce, past President at Business Networking International, and participates in fundraisers for various local non-profits.

Jason describes himself as a committed and driven person. He has been married for thirteen years, he is a father of three, he is passionate about his work, and he trusts constantly in the good nature of people.